Paul and Silas revisited the places in Asia Minor where Paul had preached on his first journey (see map), while Barnabas took John Mark and sailed to Cyprus. Paul and Silas visited Derbe, Lystra, and Antioch in Pisidia. From there Paul and Silas traveled to Troas, where Paul received a vision of a man from Macedonia calling to them. Crossing into Europe, they passed through several towns along the Egnatian Way and traveled to the cities of Athens and Corinth in southern Greece. Then, sailing to Ephesus and Caesarea, they visited the church in Jerusalem before returning to Antioch of Syria. 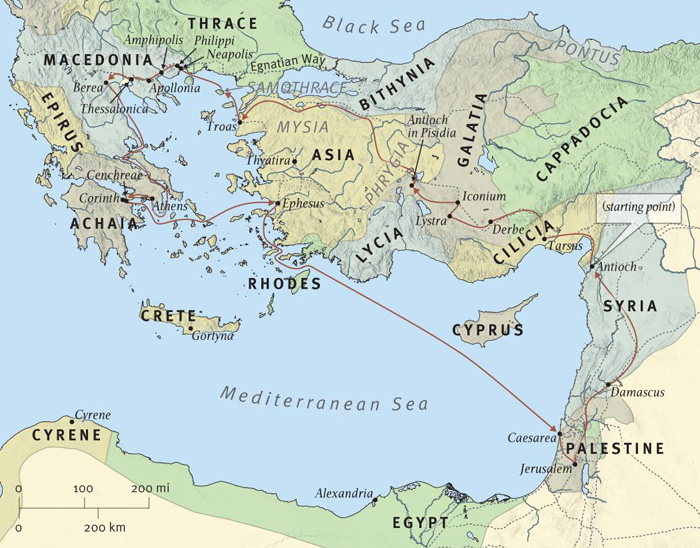