Barnabas and Paul first visited Barnabas’s home region of Cyprus before sailing to the southern region of Asia Minor. When they reached Perga in Pamphylia, John Mark left the group and returned to Jerusalem. Making their way to Antioch (in Pisidia), Iconium, Lystra, and Derbe, Paul and Barnabas were driven out of each city by jealous Jewish religious leaders. Later they returned by the same route, strengthening the new churches as they went. From Attalia they set sail for their home in Antioch of Syria. 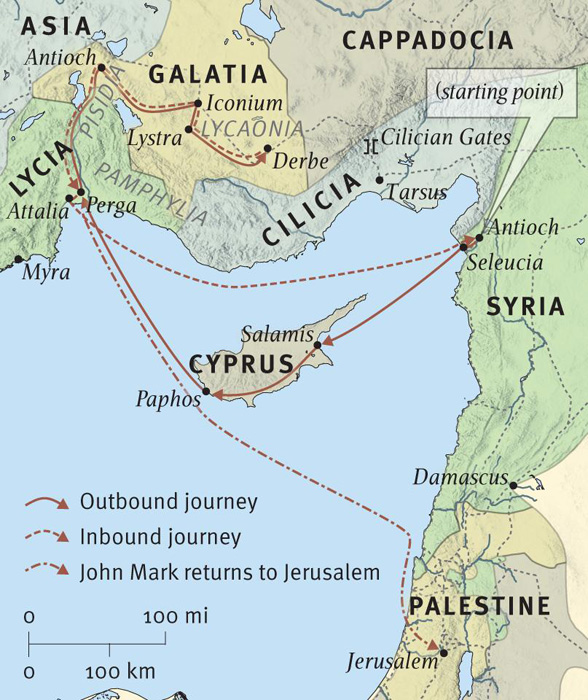