Appealing his case to Caesar, Paul was ordered by Festus to be transferred to Rome. Paul’s journey was marked by difficult weather, as they had begun their voyage late into the season for sea travel. A bad decision to try to find winter harbor at Phoenix ended with the ship being driven by a storm to the island of Malta, where the ship broke apart. All aboard the ship survived, however, and Paul was soon placed aboard another ship that took him to Puteoli. From there Paul was taken to Rome. 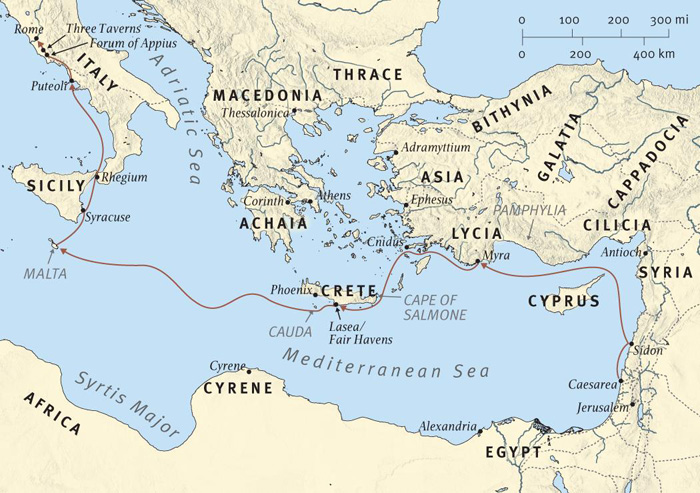