Jerusalem at the Time of Jesus

By the time of Jesus, Jerusalem had grown from a modest military fortress to a world-class city with a newly renovated temple that rivaled nearly any in the ancient world. Public pools were fed by the Gihon Spring and by two aqueducts that brought water to the city from as far as 7 miles (11 km) away. The towns of Bethphage and Bethany were located on the eastern slopes of the Mount of Olives, which lay to the east of Jerusalem. See also Jerusalem in the Time of Jesus, pp. 1364–1365. 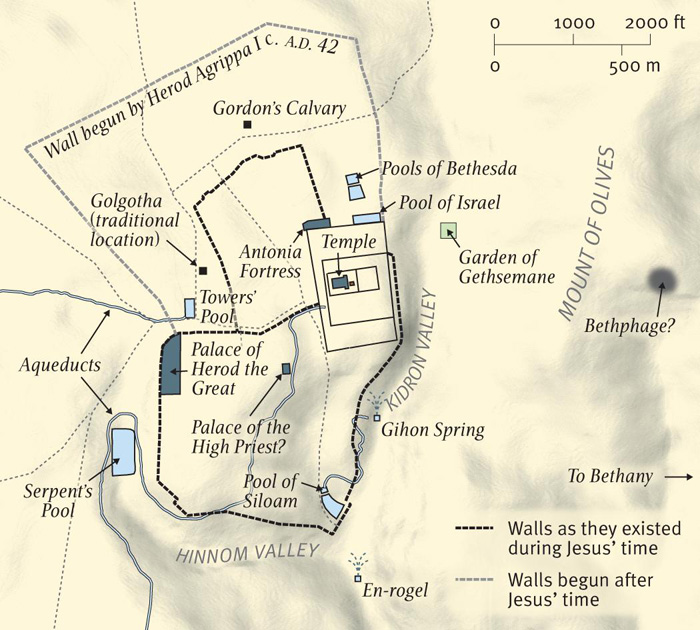