The path from Jesus’ arrest to his crucifixion (part of which is often called the Via Dolorosa, “ Way of Sorrows”) is difficult to retrace with certainty. According to a possible harmony of the Gospel accounts, after the Passover meal Judas led a contingent of soldiers to Gethsemane to arrest Jesus (1). From there Jesus was led to Annas (location unknown), who sent him to his son-in-law Caiaphas, the high priest (2). The Jewish leaders then appealed to the Roman governor Pilate to have Jesus put to death (3). Luke records that Pilate sent Jesus to Herod Antipas (4), who questioned Jesus but returned him to Pilate without rendering any judgment (5). Pilate then sent Jesus to be crucified at Golgotha (6). 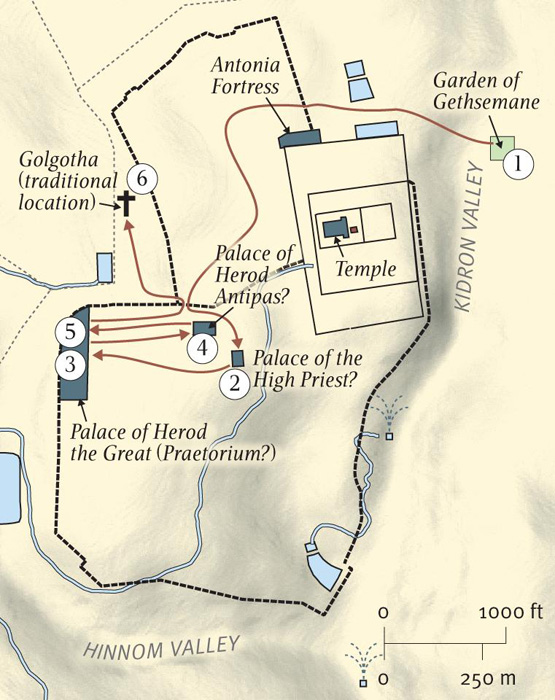