Though John mentions several trips to Jerusalem by Jesus during his ministry, Matthew, Mark, and Luke recount only one, which occurred as Jesus prepared for his triumphal entry and subsequent death and resurrection. Beginning at Capernaum, Jesus was apparently diverted from the more direct route when Samaritans refused him access (Luke 9:51–56), so he may have crossed the Jordan and traveled through Perea. Jesus then passed through Jericho and proceeded to Jerusalem. 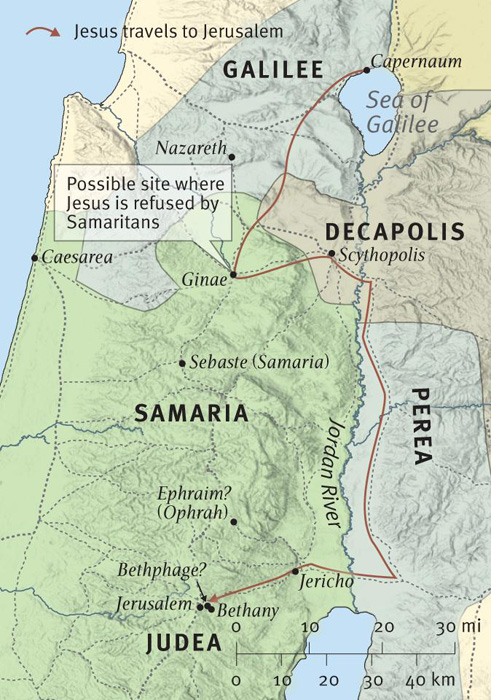