Jesus’ Birth and Flight to Egypt

As the time drew near for Jesus to be born, a mandatory Roman registration made it necessary for Joseph to return to his ancestral home of Bethlehem. There Mary gave birth to Jesus, and later, wise men from the East came to worship him. The wise men’s recognition of a new king, however, troubled King Herod and the ruling establishment in Jeru­salem, and Herod the Great sought to kill Jesus. Joseph and his family escaped to Egypt and remained there until Herod died. When they returned to Palestine, they settled in the remote district of Galilee, where Jesus grew up in the village of Nazareth, to avoid the attention of the rulers in Jerusalem. 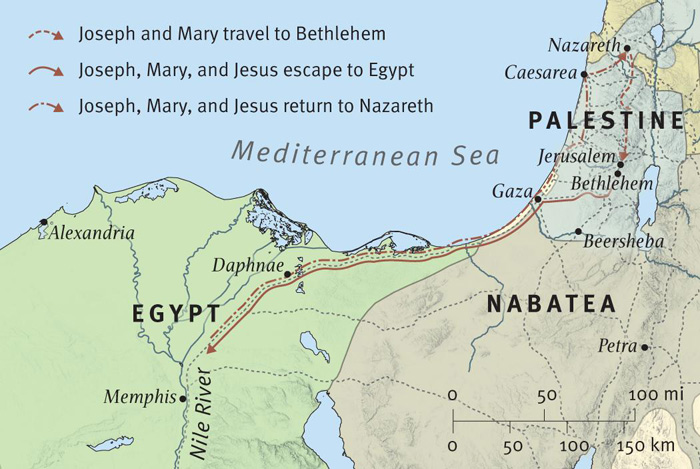