The Maccabean kingdom of Israel had its beginnings when the priest Mattathias and his family refused to obey the Seleucid rulers’ order to sacrifice to the pagan god Zeus at Modein. They led a revolt that initially controlled only the territory of Judea in the vicinity of Jerusalem. Over the next hundred years, however, the Maccabean rulers slowly added portions of territory to the kingdom until it resembled the borders of the territory allotted to the Israelite tribes by Joshua. 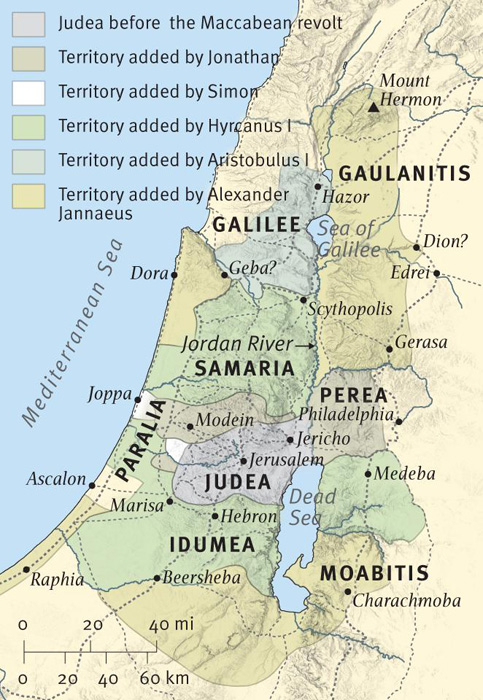