The Empires of Daniel’s Visions: The Greeks

The ascension of Alexander the Great to the throne of the Macedonian kingdom (in northern Greece) spelled the end for the mighty Persian Empire. After gaining the loyalty of the other city-states of Greece, Alexander’s astounding military prowess and success enabled him to systematically overtake virtually all of Persia’s former territory within 12 years. Soon after he died in Babylon at age 33 (323 b.c.), Alexander’s conquered territory was divided among his generals, who constantly vied for power among each other until their territories resembled those shown here (c. 303). 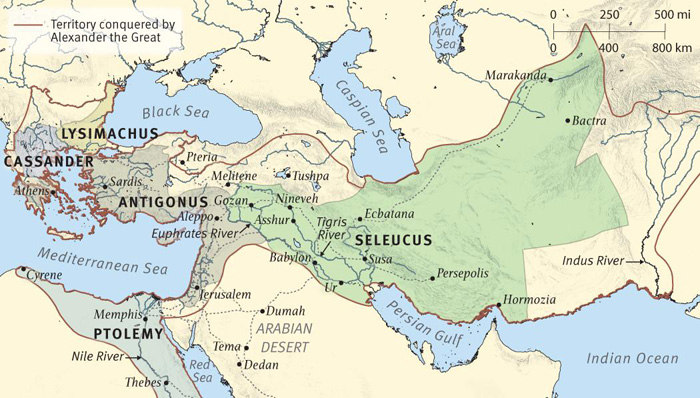