Ezekiel’s final vision describes the boundaries of a restored Israel, including the allotment to each tribe and the temple. Rather than following the boundaries traditionally occupied by the Israelites, which included Gilead east of the Jordan River and excluded land north of Tyre, Ezek­iel’s new boundaries generally follow those described by Moses in Numbers 34. Ezekiel’s vision also departs from the traditional allotment of the land among the 12 tribes and reassigns the land in horizontal bands from north to south. 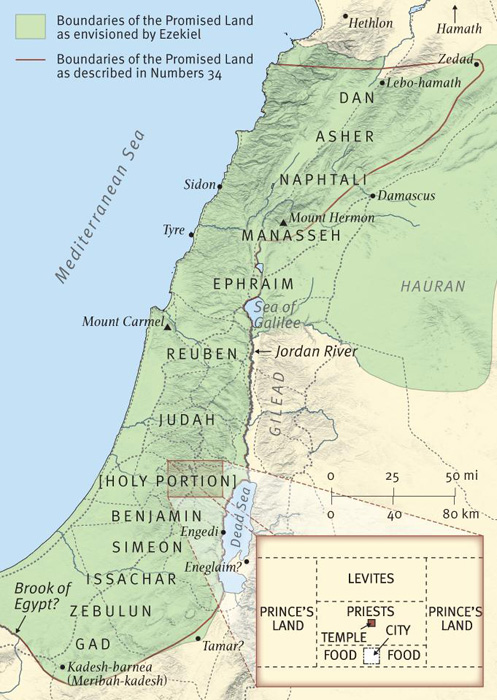