Many of the leading families who had been freed from Ishmael chose to flee to Egypt to escape the Babylonians’ wrath over Gedaliah’s murder. Though Jeremiah himself warned against this course of action, he apparently was forced to accompany the refugees to Tahpanhes in Egypt, where he delivered a prophecy against Egypt and all the Judeans who had fled there. Archaeological evidence has corroborated the influx of significant populations of Judean refugees during this time as far south as Elephantine (near Syene), at the first cataract of the Nile River. 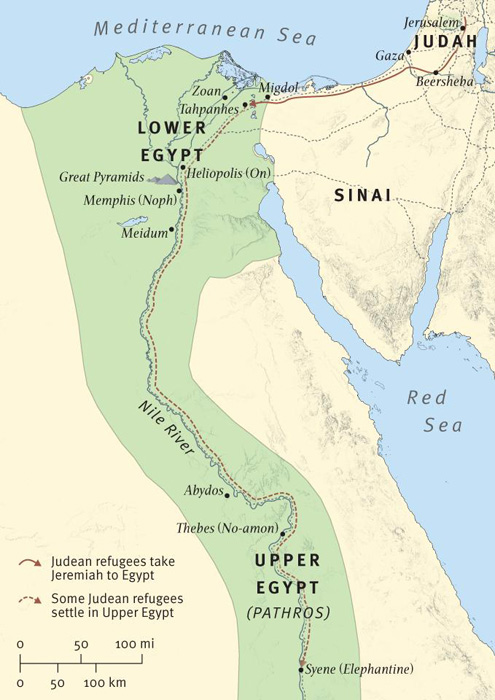