As the Assyrian Empire expanded westward, Syria and Israel sought to compel Judah and the other nearby states to form an anti-Assyrian alliance. Judah refused, leading Syria and Israel to attack Jerusalem. Syria also wrested Elath from Judah and gave it to the Edomites. The Edomites may have also raided Judah and taken captives at this time (see 28:17). The Philistines, who may have been part of the anti-Assyrian alliance, attacked Judah as well, capturing several cities in the Shephelah and the Negeb (see 28:18). 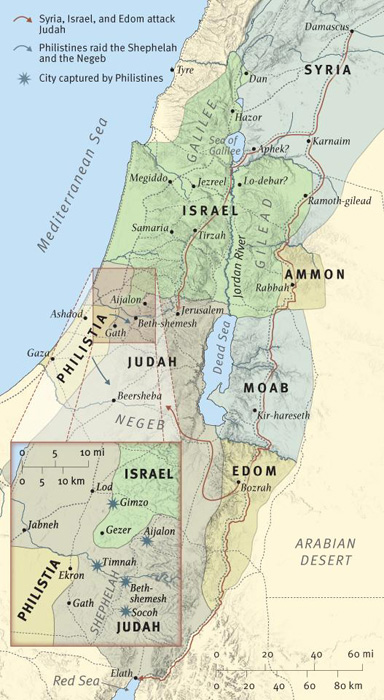