The Fall of Samaria and Deportation of Israelites

During the reign of Hoshea of Israel, Shalmaneser of Assyria attacked Israel and made it a vassal kingdom. Later, however, Hoshea conspired against Assyria, refusing to pay the tribute and appealing to Egypt for help, so the Assyrians came and besieged Samaria until it fell. Many Israelites were exiled far from Israel to the area near Gozan and the cities of the Medes, and foreign peoples from other parts of the empire were relocated to Israel in an effort to prevent revolt. This signaled the end of the northern kingdom of Israel. 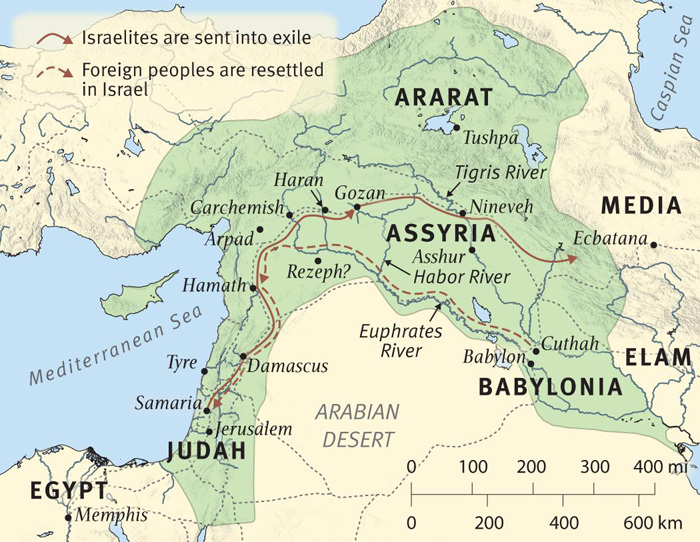