The Resurgence of Assyrian Influence

Looming over most of the latter history of the divided monarchy is the growing power and influence of Assyria. The resurgence of this ancient empire dominated much of the politics of the ancient Near East from the time of Jeroboam and Azariah until the empire’s demise at the end of the seventh century b.c. Israel bore the brunt of Assyria’s forays into Palestine, though Judah experienced its share of attacks as well. Assyria would eventually engulf nearly the entire Near East from Ur to Ararat to Egypt. 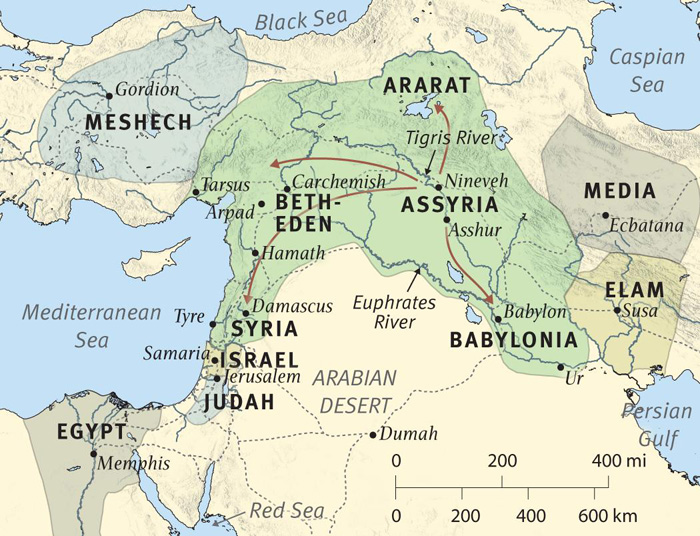