Prophets of Israel and Judah

Prophets had been a part of Israelite society since the days of Moses, but the complex political, religious, and social situations of the divided monarchy made their role of communicating God’s clear message even more pronounced. Unlike priests, prophets did not inherit their role by birth and often were not part of the religious establishment. They arose from various parts of Israel and Judah, with some having direct access to the king (e.g., Elijah and Elisha) and others communicating their messages directly to the people (e.g., Amos and Nahum). 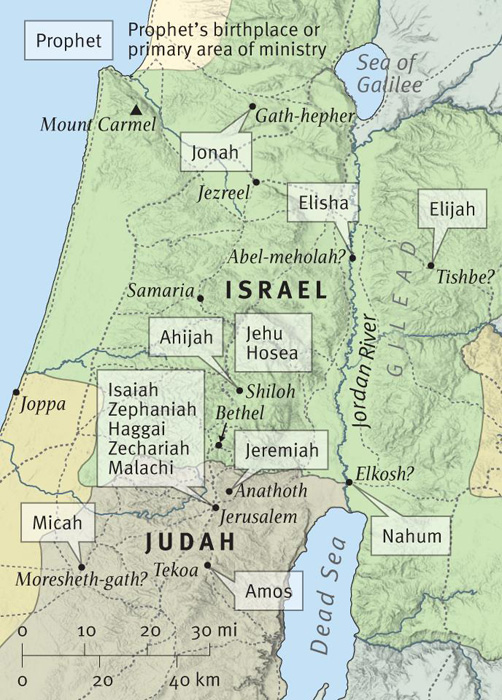