When Solomon’s son Rehoboam arrived at Shechem for his coronation after his father’s death, he refused to lighten his father’s heavy tax burden on the people, and the 10 northern tribes revolted and set up Jeroboam as their king. The northern kingdom would now be known as Israel and the southern kingdom as Judah. Five years later, Shishak (also called Sheshonq) king of Egypt invaded Judah and Israel and captured a number of towns. Rehoboam avoided Jerusalem’s destruction by paying off Shishak with many of the treasures Solomon had placed in the temple. 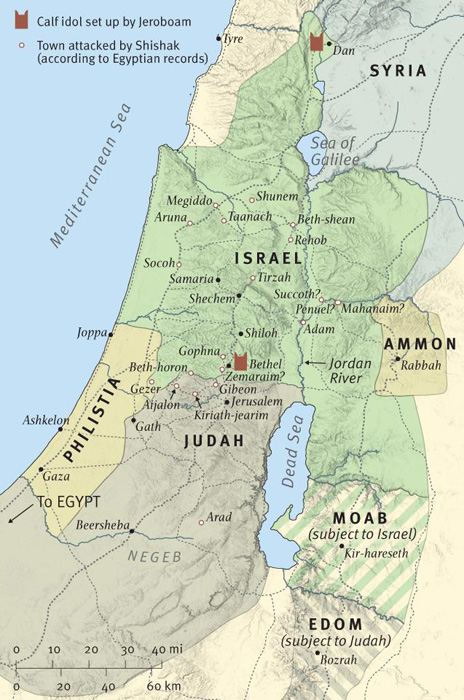