Solomon reorganized the Israelite territory of his kingdom into 12 districts, each of which was responsible to supply the immense provisions for the king for one month out of the year. It appears that Judah, Solomon’s tribe, was exempted from this burden. Solomon also fortified key towns throughout his kingdom and built store cities for his economic enterprises. Among his most significant building projects were the temple and his royal palace in Jerusalem, built largely with cedar supplied by King Hiram of Tyre. 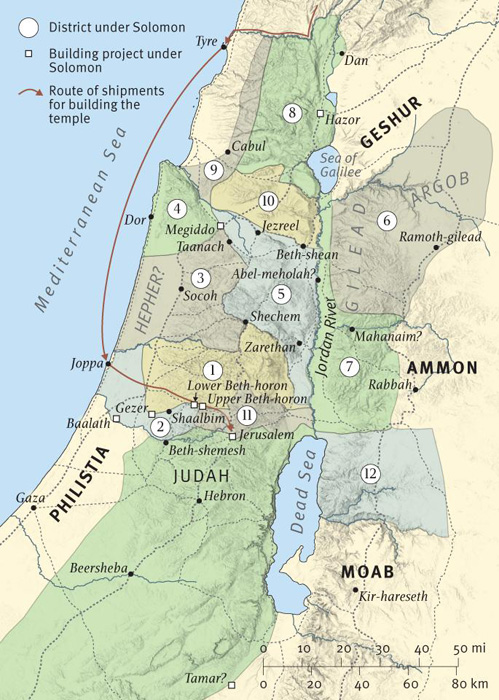