In retaliation for the incestuous rape of his sister, Absalom killed his brother Amnon at Baal-hazor and fled to Geshur. After three years, arrangements were made for Absalom to return to Jerusalem, and later he and David were reconciled. Soon after this, however, Absalom led a coup against David in Hebron, and David fled to Mahanaim. When Absalom attacked David’s forces in the forest of Ephraim, Absalom was defeated and killed, allowing David to return to Jerusalem. 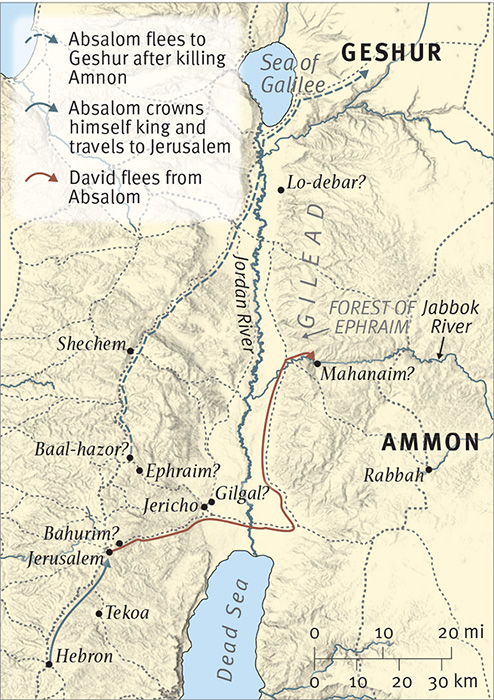