David Captures the Stronghold of Zion

After securing his reign over all Israel, David moved his capital from Hebron, a southern city of Judah, to a more central and tribally neutral location at Jerusalem. At the time, Jerusalem (called “the stronghold of Zion”) was held by the Jebusites, and its terraced defensive walls and nearby steep hills and valleys made it seem impenetrable. But David sent men up a water shaft (believed by some to be Warren’s Shaft) to capture the stronghold, and he renamed it the city of David. 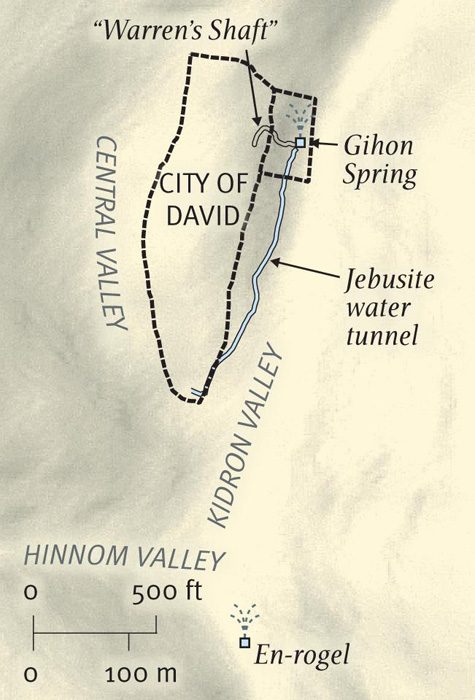