The Battle at Mount Gilboa

Philistine forces advanced to Shunem from Aphek and prepared to attack the Israelites near their camp in Jezreel. Saul, fearing the great army that faced him, slipped away during the night to consult a medium at En-dor in order to seek the counsel of the deceased Samuel. When the Philistines attacked the next morning, the Israelites retreated up the slopes of Mount Gilboa. Saul and three of his sons were killed, and the Philistines mocked Israel by hanging their bodies on the wall of Beth-shean. Later, men from Jabesh-gilead traveled through the night and recovered the bodies. 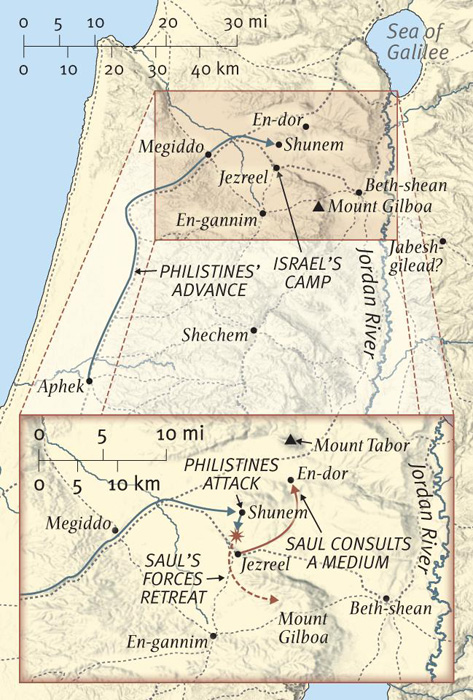