Nowhere in Scripture is an author of this book named. The events in Judges took place in the period between Joshua’s death and the rise of Samuel and Saul. Most of the book was likely written by David’s time (1010–970 b.c.).

The theme of Judges is the downward spiral of Israel’s national and spiritual life into chaos and rebellion against God, showing the need for a godly king (17:6; 21:25).

The book of Judges was written to show the consequences of religious unfaithfulness and to point the way to a king who, if righteous, would lead the people to God. In the book of Joshua, the people of Israel seemed to want to follow the Lord and obey his commands. The book of Judges reveals, however, that the people had been rebelling even in Joshua’s time. This disobedience continued and grew more serious throughout the period of the judges. As summarized in Judges 2:16–23, time and again Israel turned its back on God and embraced the gods and ways of the Canaanites. Israel’s history unfolds in a repetitive way, with each cycle taking Israel further away from God. By the end of the book, Israel had violated its covenant with God in almost every way imaginable.

The Setting of Judges

The book of Joshua told the story of Israel’s conquest of the Promised Land. But the conquest was not complete. The book of Judges tells of the various leaders raised up to deliver Israel from the enemies remaining in the land. 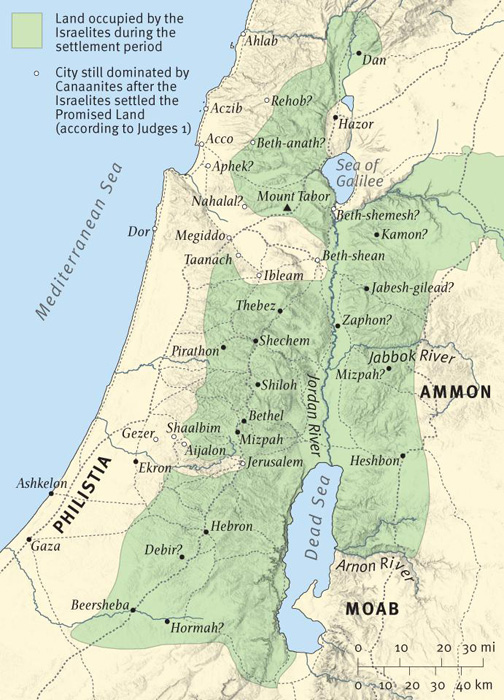