Habakkuk is unusual as a prophetic book. It never addresses the people of Judah directly. Rather it is a dialogue between the prophet and God. The prophet Habakkuk was probably a contemporary of Zephaniah and Jeremiah, and possibly even of Ezekiel and Daniel. He probably prophesied no later than the end of Josiah’s reign (640–609 b.c.).

The first two chapters are organized around Habakkuk’s questions and the Lord’s replies. Habakkuk saw Judah’s rapid moral and spiritual decline, and this deeply troubled him. Yet God’s response puzzled him even more. How could a good and just God use a more wicked nation (Babylon) to punish a less wicked one (Judah)? God makes it clear that both nations are to be judged and appropriately punished for their sin. Although Habakkuk may not fully understand, he has learned to rely totally on God’s wisdom and justice. He knows God can resolve issues in ways he could never have imagined. This God is certainly worthy of Habakkuk’s praise and worship, which is how the book ends.

Many of the righteous in Judah would have agreed with Habakkuk’s words. They wondered what God was doing and struggled with the same issues as Habakkuk. God’s words reassured them that he was in control and would deal appropriately with the nations.

The Near East at the Time of Habakkuk

Though the exact date of the prophecies of Habakkuk is difficult to determine, it is likely that he prophesied a short time before the Babylonian invasions of Judah, which began in 605 b.c. During this time the Assyrian Empire was in decline, and the Babylonians were rising to replace them as the dominant power in the Near East. 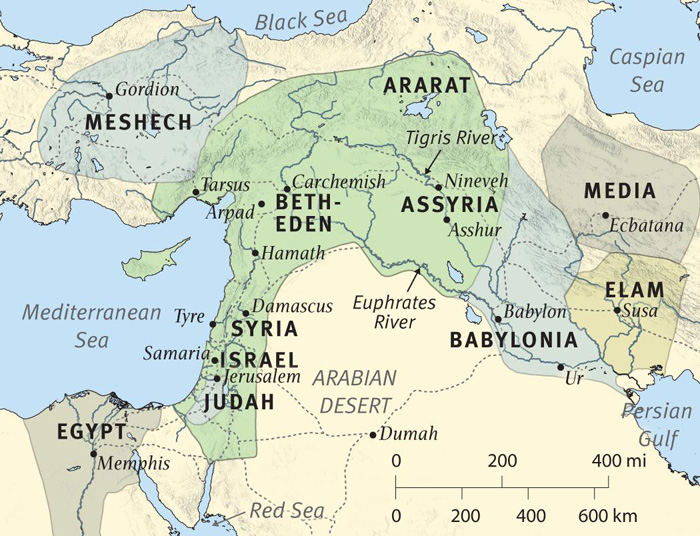