The book’s central theme is God’s sovereignty over history, empires, and kings (2:21; 4:34–37). All the kingdoms of this world will come to an end and will be replaced by the Lord’s kingdom, which will never pass away (2:44; 7:27). Though trials and difficulties will continue for God’s people up until the end, those who are faithful will be raised to glory, honor, and everlasting life in this final kingdom (12:1–3).

The book of Daniel is made up of two halves, each of which has its own literary style. The first half (chs. 1–6) contains stories from the lives of Daniel and his three friends, Shadrach, Meshach, and Abednego. They show how God’s people should live in a world that is not their home (compare Jer. 29:5–7; Heb. 13:14). The second half of the book (Daniel 7–12) contains apocalyptic visions. They are designed to reassure God’s people that, in spite of their present persecution and suffering, God is in control and will ultimately be victorious.

The Setting of Daniel: The Babylonian Empire

Though their empire was short-lived by comparison with the Assyrians before them and the Persians after them, the Babylonians dominated the Near East during the early days of Daniel, and they were responsible for his initial exile to Babylon. Daniel himself, however, outlived the Babylonian Empire, which fell to the Persians in 538 b.c. (See also the map on p. 1163, “The Empires of Daniel’s Visions: The Persians.”) 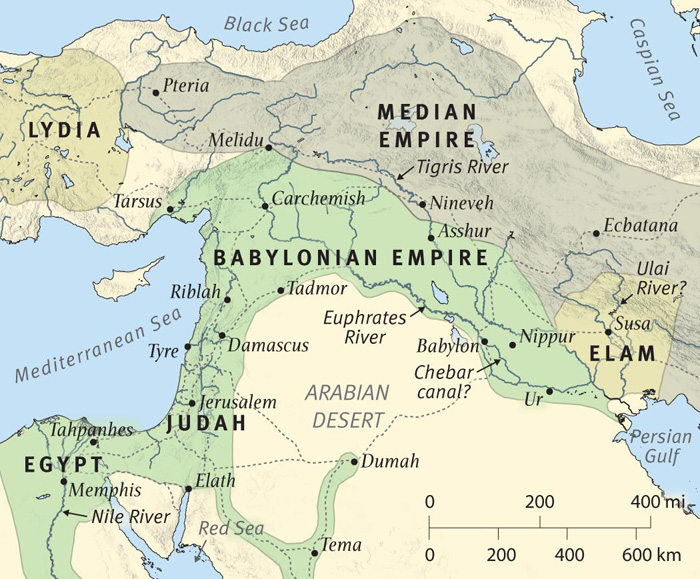