The apostle Paul wrote 2 Corinthians from Macedonia around a.d. 55/56. This was approximately a year after he wrote 1 Corinthians and a year before he wrote his letter to the Romans. This is the fourth letter he had written to the Corinthian church (in addition to 1 Corinthians, see the letters mentioned in 1 Cor. 5:9 and 2 Cor. 2:3–4).

The central theme of 2 Corinthians is the relationship between suffering and the power of the Spirit in Paul’s apostolic life, ministry, and message. Paul’s opponents had questioned his motives and his personal courage. They argued that he had suffered too much to be a Spirit-filled apostle of the risen Christ. But Paul argues that his suffering is the means God uses to reveal his glory (1:3–4, 11, 20).

The Setting of 2 Corinthians

Paul wrote 2 Corinthians from Macedonia a year or so after writing 1 Corinthians, during his third missionary journey. He had just finished his three-year ministry in Ephesus and was visiting the churches in Macedonia as he made his way to Corinth. In Macedonia he met Titus, who had returned from Corinth with news about the church there. 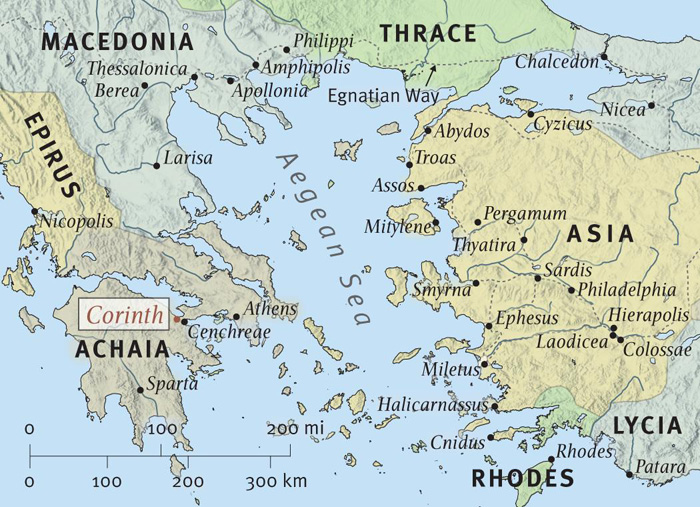