Jerusalem in the Time of Jesus

The heavily fortified city of Jerusalem lay atop adjacent hills in the mountainous region of Judea. It therefore proved difficult even for the Romans to recapture during the Jewish revolt, although they eventually did so in a.d. 70 after a bitter siege. The oldest portion of Jerusalem, called “the city of David” and “Mount Zion,” lay to the south of the temple, but the city walls in the first century also encompassed the newer Upper City to the west of the temple. To the east, across the Kidron Valley (John 18:1), stood the Mount of Olives (Mark 13:3). To the south of Zion lay the Hinnom Valley. The reconstruction above depicts Jerusalem around a.d. 30, and the general direction of the drawing is looking north. 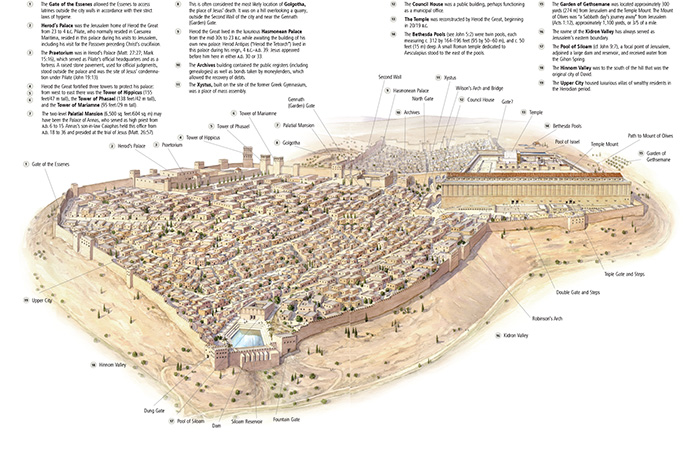