The City of Babylon

The city of Babylon reached its zenith under Nebuchadrezzar II (Nebuchadnezzar of Scripture, who reigned 605–562 b.c.). He restored and enlarged it, making it the largest city seen in the world up to that time. The Euphrates River flowed through it, with the oldest quarter of the city lying on the east bank of the river. The city was surrounded by a city wall with fortified gates that were named after the various Babylonian deities. The Esagila Complex on the east bank of the Euphrates contained the Temple of Marduk with its associated seven-storied ziggurat Etemenanki.

From Esagila, the Processional Way (its walls lined with glazed bricks with representations of lions) led to the Ishtar Gate (which was decorated with glazed brick reliefs of dragons and young bulls). Beside the Ishtar Gate stood two immense fortified palaces. A bridge led over the Euphrates to the western part of the city. No evidence of the famed Hanging Gardens of Babylon has been found, but if anything like this was ever constructed here, it would have been during this time, at the height of the city’s splendor. The city was captured by Cyrus the Persian in 539 b.c. 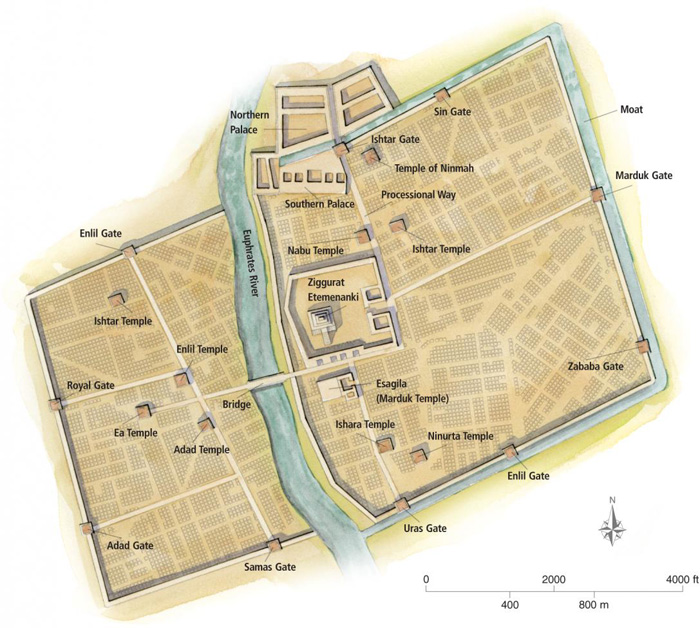