Jerusalem was destroyed by the Babylonians in 586 b.c. Upon their return from exile in 536 b.c., the Jews, under the leadership of Zerubbabel and Jeshua, first restored the altar and then laid the foundation of the temple. Twenty years later, in 516 b.c., the temple was rebuilt. This time period is referred to as the Second Temple period.

Later on, and under very difficult circumstances, Nehemiah restored the city wall. This is described in great detail in ch. 3. There is ample archaeological evidence, both positive and negative, to show that only the Eastern Hill of Jerusalem was fortified at that time and that the eastern wall of the city was built higher up the slope than the previous wall, so that the city was smaller than that of Solomon. 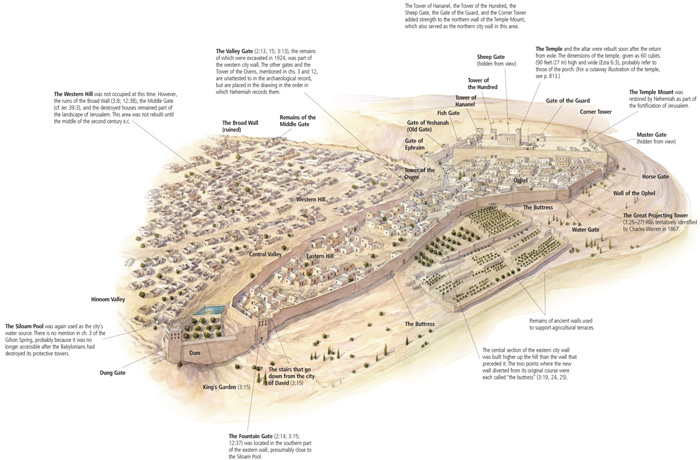