The rebuilding of Jerusalem’s temple was done in stages (c. 536–516 b.c.). First, the altar was built, so that sacrifices could again be made (Ezra 3:2–3). The second phase was the laying of the foundation of the temple. This elicited mixed reactions from the people. Some rejoiced that the foundation was laid, while others, especially the elder priests, were sad, presumably because the quality of construction was inferior to that of the previous temple. Due to the opposition of the local population and the lack of motivation among the Jews, it took 20 years to complete the construction of the temple building.

The only information given in the biblical record about the architecture of the temple is the dimensions, which were sixty cubits (90 feet /27 m) high and wide (Ezra 6:3). As there is no mention of the length of the building, these dimensions must refer to the facade of the temple, i.e., the Porch. 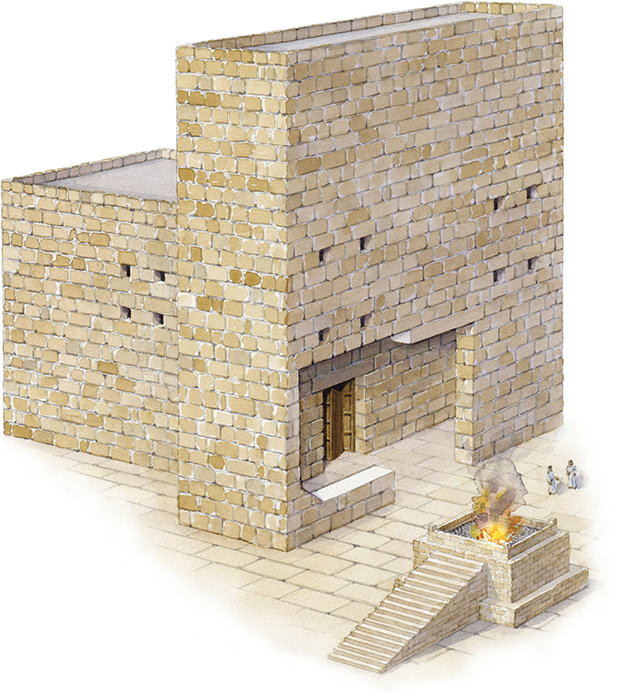