David commanded his son Solomon to build a new temple on Mount Moriah. This work took seven years, followed by 13 years of building a royal complex to the south of the temple (1 Kings 6:38; 7:1). As this quarter was located outside and north of the original city of David, new city walls must have been built to connect the two areas.

Solomon’s temple was Israel’s first permanent sanctuary. The temple was constructed on the top of Mount Moriah (2 Chron. 3:1). The royal complex was built to the immediate south of the temple. It consisted of Solomon’s own palace and a smaller house for his Egyptian wife (1 Kings 7:8), an armory called the “House of the Forest of Lebanon” (vv. 2–5), a Hall of Pillars (v. 6), and a Hall of the Throne (v. 7). A special “Ascent” connected this complex with the temple.

The area between the temple complex and the city of David was called the Ophel. 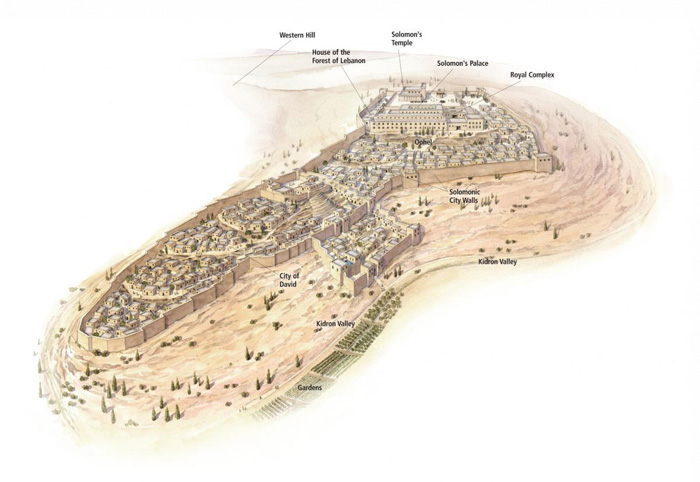