The City of Ur

The ancient city of Ur lies 186 miles (300 km) southeast of modern Baghdad on a bend of the original course of the Euphrates River. Major excavations took place at the site in 1922–1934 under the direction of Sir Leonard Woolley. Ur became an important city in Mesopotamia near the end of the third millennium b.c. The governor of Ur, a man named Ur-Nammu (c. 2113–2095 b.c.), brought the city to great prominence. He took the titles “King of Ur, King of Sumer and Akkad.” Thus was founded the Third Dynasty of Ur (2113–2006 b.c.). This period was one of great peace and prosperity, the high point of the city’s existence. This diagram of the city represents the Third Dynasty of Ur, and it includes a central palace and a temple complex. The latter has as its center the Ziggurat of Ur-Nammu that is dedicated to the moon god Nanna. Ur was the birthplace of the Hebrew patriarch Abraham (Gen. 11:27–32), and the plan below represents the city that he would have been familiar with. 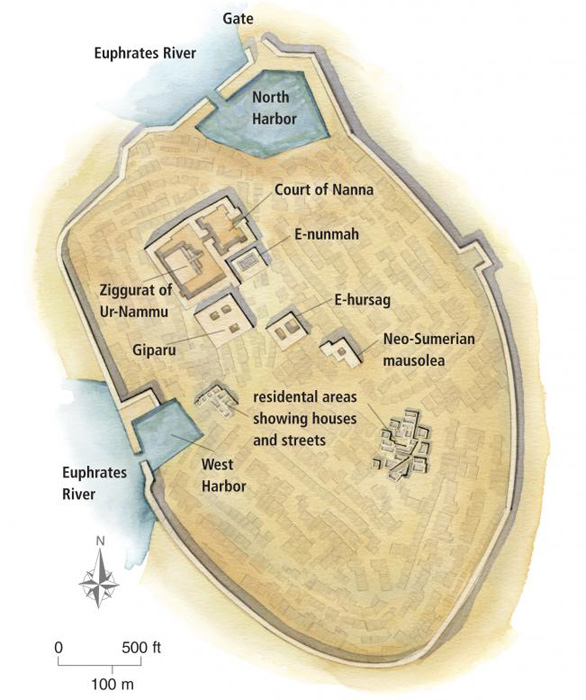